Mechanical, Automatic, or Quartz: Understanding Each Type of Watch Movement

The text on a watch’s dial can tell you a lot about that particular piece — the brand, model, and sometimes even the type of movement driving it.

Think of a watch’s movement as the engine that powers the motion of its hands, its day and date windows, and any other visible ‘complication’ — like a chronograph. Typically, these watch movements fall into two main categories: Mechanical (manual-winding & automatic-winding) and Quartz (battery-powered).

Mechanical watch movements are powered by gears and springs. They’re autonomous little machines without the need for electric power sources, whereas quartz watches are powered by batteries that vibrate little crystals.

The easiest way to tell if a watch is mechanical or quartz is checking for text imprinted on its dial or caseback, but there are also visual cues. If you observe the actual movement of a watch, quartz movements are ‘jumpier’ and move once every second, while mechanical movements have a smooth, sweeping motion. Many mechanical watches also feature open faces, or windows revealing the intricate, mechanical dance happening inside.

Should I choose a watch based on its movement?

Most of us chose our first watch because we liked the way it looked. But, as you learn more about how a watch actually works, it’s hard not to appreciate each timepiece for what makes it tick, literally.

Both mechanical and quartz movements have their respective benefits, quirks, and unique appeal, but there is no definitive ‘right or wrong’ movement-type. However, there might be a watch movement out there that best aligns with your needs and lifestyle.

Also known as ‘hand-wound movements’, the beginnings of manual watch technology date back centuries, but culminated in World War One.

Prior to the War, most men simply didn’t wear wrist watches. They were considered effeminate pieces of jewelry; but in trench warfare, looking at your wrist is a lot safer than sitting up to dig a watch out of your pocket.

Soldiers began asking jewelers to add wire lugs to their pendant-style watches so they could start strap them to their wrists. After the war, automatic mens wristwatches went mainstream.

Manual watches require daily winding, which the user typically performs before putting it on in the morning.

That daily winding puts tension on a mainspring, creating a force that is transferred through a gear train to something called an escapement, which meters out power a little bit at a time. The math and engineering involved ensures the power is released in intervals that correspond with our concept of a 24-hour day.

While this technology hasn’t changed much, conceptually, throughout history, modern technology and manufacturing allows for much tighter tolerances and higher engineering, making mechanical watches much more accurate than they used to be.

Should you buy a mechanical watch?

Mechanical watches often power more expensive, collectible watches, which tend to hold their value very well over time. They’re perfect for people who are naturally attracted to fine craftsmanship, who can be drawn into a moment and appreciate the mechanical marvel of a fully mechanical timepiece. Shop all watches. 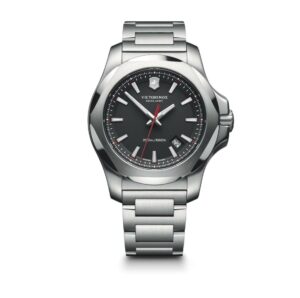 Automatics, or ‘self-winding’ movements, were first refined and popularized in the early 20th century. Mechanically, they’re very similar to manual winding watches, but feature an additional, free-spinning rotor that spins in response to your natural body movements, winding the mainspring throughout the day. As long as you keep wearing the watch, this rotor all but eliminates the need for daily manual winding.

Since automatics are kept at a full-wind all day long, they tend to be more accurate than manual-wind watches. With that improved accuracy and convenience, automatic watches dominate today’s high-end and luxury watch world.

Should you buy an automatic watch?

Those who still appreciate the art of high engineering, but who prefer a watch without the ritual of daily hand-winding, should look into purchasing a well-built automatic. In this category, your aesthetic options are endless. Shop all watches.

Japanese watch manufacturer Seiko turned the world on its head when they introduced the first battery-powered Quartz watch in 1969 – challenging the industry’s perception of what a watch could be.

As many quartz movements were inexpensive to manufacture (and purchase), the market opened up to new brands and consumers. For the first time ever, anyone had access to cheap, reliable wristwatches.

Quartz movements are powered by batteries, no winding required.

Batteries inside the case send electric signals to a quartz crystal, causing it to vibrate 32,768 times per second. Those vibrations are then measured by a circuit and converted into a single electric pulse once a second.

The resulting watch movement is MUCH more accurate than any mechanical watch produced today.

Should you buy a quartz watch?

Quartz movements aren’t usually sought after by watch enthusiasts (with a few exceptions), despite their accuracy. If you’re not concerned with mechanics or engineering, quartz might be for you. They also make excellent daily watches for people with active lifestyles or jobs. Shop all watches.

Manual, Automatic, Quartz … Which is Best?

That depends entirely on your expectations. If you want carefree maintenance, you should consider Quartz. If you’re interested in a high quality, serviceable heirloom, then we encourage you to dive head-first into the world of mechanical watches.

From there, it becomes a question of lifestyle. Would you value a daily connection to a manual winding watch, or something you don’t have to think about as often, like an automatic?

If you’re still unsure, visit our watch showroom. Sometimes, to fully appreciate something, it helps to see, feel, and even wear it first.

Shop our watch selection, or get connected with a watch expert by calling 812-476-0651 or contact us.

Shinola Watches: Everything You Need to Know

Tag Heuer Watches: What to Know Before You Buy One

Zodiac Watches: Everything You Need To Know